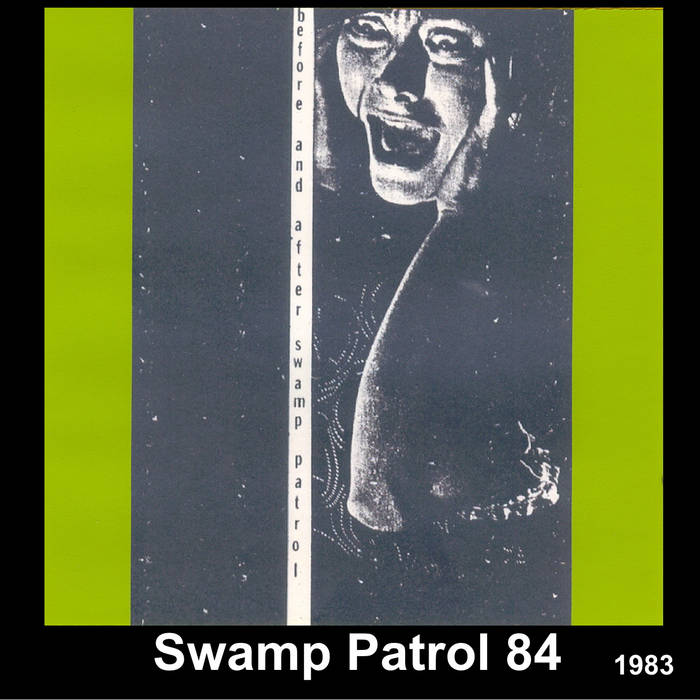 Swamp Patrol was a collaboration of Hal McGee and Debbie Jaffe (Viscera) with David Mattingly (of Gabble Ratchet and Bright Too Late). This lo-fi wonder of a tape is one of my personal favorites in my catalog. It is a grab bag of tape collage, instrumentals and improvisations (including kitchen utensils), simultaneous readings from seemingly-unrelated texts (The Bible and J.G. Ballard's Crash), segments from instructional and educational records, and other dadaistic, absurdist behavior on tape. Swamp Patrol 84 was originally recorded for inclusion in an issue of Level Mail Art zine -- participants were invited to submit 100 copies of an art object -- 100 boxed issues containing the contributions of all the participants were distributed to subscribers and participants.